Soaring High on the Wings of Success

When it comes to defining aviation excellence, Pratt & Whitney (P&W) is considered “best in class” bar none. P&W, was founded in Hartford, Conn., in 1925 by Frederick Rentschler, and is a world class leader in the design, manufacture and service of aircraft engines, and space propulsion systems. The company’s 36,000 employees supports more than 11,000 customers in 195 countries, and is the key engine provider for the United States space program, powering over 1,600 launches since the inception of the space program. P&W’s large commercial engines power more than 30 percent of the world’s passenger aircraft fleet. Its broad portfolio of businesses includes industrial gas turbines that light cities and power ships, as well as front line fighters like the F-15 Eagle, F-16 Fighting Falcon, and F-22 Raptor. 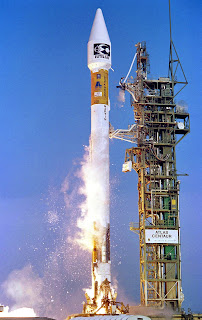 Given the size and scope of its operations, the company is a heavy hitter in developing “game changing” technologies such as the PurePower® PW100G engine and the PureCycle® power system. Christy Leite, operations manager for Pratt & Whitney Rocketdyne (PWR) in West Palm Beach, FL says “PWR’s requirements and customer expectations are to deliver 100% mission success.”PWR’s parent company, United Technologies Corp., conducts businesses in more than 180 countries with more than 50,000 suppliers. P&W-Canada has produced more than 60,000 engines that power corporate jets, regional aircraft and helicopters around the globe. Its Global Material Solutions was the first OEM to re-engineer, certify and manufacture both gas-path and life-limited parts for the CFM56-3 engine.
So what is the key behind PWR’s formidable scope of operations? Talented people, great products, a 50 year dependable tradition combined with a commitment to continuous improvement and customer service make PWR a great place to work. Leite says the company prides itself in employing “highly educated, high skilled” employees who drive innovation, product integrity and efficiency through a “culture of continuous improvement and advancing operations.” PWR also operates under the Achieving Competitive Excellence Operating System that combines lean and quality principles supported by use of improvement tools, employee competency, and a culture of continuous improvement. The company takes several measures to ensure superiority of its products as its reputation is tested every time one of its products powers a customer’s launch vehicle into space. Assembly is performed in a class 100,000 cleanroom and engine tests are performed in highly customized test stands. It also holds a best-in-class environmental, health and safety record, and is constantly searching for ways to eliminate hazards to ensure the safety of its employees.

PWR’s reputation has not flown under the radar. In 2009, PWR-West Palm Beach was named “Manufacturer of the Year” by the South Florida Manufacturers Association. It was also a finalist in the Manufacturers Association of Florida competition in 2010. The PWR X-51 First Flight Team was one of four teams that received the P&W 2010 Leadership Award, and the PWR RL10 Derivative Enhanced Software Team was an award recipient in the area of Customer Focus. In March 2011, the X-51A WaveRider Hypersonic Vehicle Team was honored with an Aviation Week Laureate Award in Washington, D.C. PWR was also among seven nominees competing for the prestigious the National Aeronautic Association’s (NAA) Robert J. Collier Trophy.

Besides being a world class leader, PWR is also one of FLATE’s key partners in developing strategic relations with manufacturers in South Florida. In January 2011, PWR in West Palm Beach hosted the FLATE National Visiting Committee (NVC) meeting that brought educators/manufacturers from across the nation to discuss strategies for expanding FLATE’s role in promoting manufacturing/technical education in Florida. Leite commends FLATE’s efforts in reaching out to students, educating and encouraging them to pursue high-tech careers and education. She says education is key to being able to work in an exciting industry such as aerospace, and “focusing on STEM and continuing college education will give students a competitive edge in securing next generation, high-tech jobs.”

For more information on PWR contact Christy Leite at 561.796 9125, or Christy.Leite@pwr.utc.com. For information on FLATE, or to develop partnerships with the NSF Center for Excellence in Manufacturing contact Dr. Marilyn Barger at 813.259.6578, or visit www.fl-ate.org/www.madeinflorida.org. 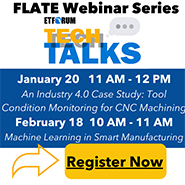