Tracing the Evolution of Manufacturing Day Student Tours in Florida 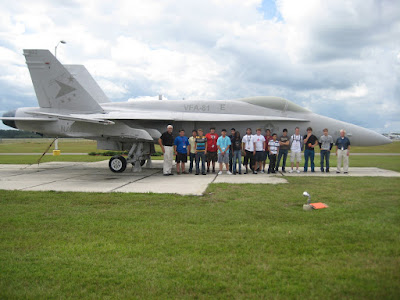 MFG Day from a Florida Perspective
Here in Florida, FLATE, the National Science Foundation Center of Excellence for manufacturing, took the initial lead in spearheading and formulating a statewide strategy for Manufacturing Day focusing on students and student tours to manufacturing facilities. FLATE’s involvement with Manufacturing Day and raising awareness about this national effort started in 2012. FLATE’s task to get all statewide stakeholders—manufacturers, school districts, community organizations etc—on the same page was colossal. Calls to raise awareness and get statewide stakeholders involved in the manufacturing day initiative started out small with an article first published in the October 2012 edition of the FLATE Focus. 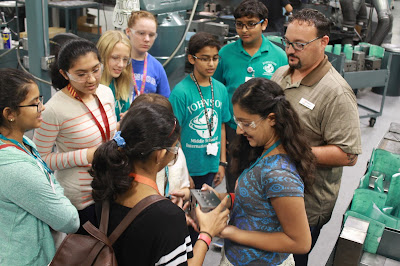 By 2013, the idea had taken flight and FLATE had set the stage for an official first kick off of Manufacturing Day in Florida. During the initial years, FLATE took a leading role in working with statewide partners that included manufacturers, manufacturers associations, trade groups, school districts, colleges and universities, to organize the logistics for industry tours for students across the state. FLATE also worked with local partners to get the local, county and state government on board to issue proclamations marking the first Friday in October as Manufacturing Day. In addition to arranging industry tours for students, FLATE spearheaded the campaign for industry partners to sponsor T-Shirts and lunches for students, teachers and chaperones who participated in an industry tour for manufacturing day. Not to leave the marketing part out, FLATE worked with regional “Manufacturing Day Teams” to arrange media publicity and coverage on a regional and statewide basis.
With all the physical aspects of organizing a manufacturing day industry tour in place, FLATE took on another monumental task to single-handedly develop an effective strategy to survey all Manufacturing Day participants that included students, educators, chaperones and industry hosts. At the conclusion of Manufacturing Day, FLATE single-handedly compiled the data and distributes customized reports to each of the partners earmarking the impact of tours on all participants in their region. 2013 also marked the start of a formal curriculum for manufacturing day that FLATE developed for educators to use as part of their Manufacturing Day industry tours.
By the time 2014 rolled around, Florida, under the leadership of FLATE, was leading the nation in organizing industry tours for manufacturing day. Florida was earmarked the national leader in implementing a statewide strategy for National Manufacturing Day. Number of students who participated in a Made in Florida industry tour rose from nearly 2000 in 2012 to over 3000 in 2013. Number of counties involved increased, cities and towns issuing proclamations experienced phenomenal growth too. Marketing efforts were stepped up and integrated with social efforts to get the community at large engaged in fun and innovative campaigns like the “MFGDay in Florida Selfiethons.”  FLATE also expanded its Manufacturing Day curriculum to include one for elementary students and for 7th to 10th graders.
2015 marked the apex of Manufacturing Day in Florida. It set a new precedent as Florida led the nation in organizing the highest number of industry tours and related events in the nation. FLATE and its network of statewide partners had led an immensely successful blockbuster campaign that ranked Florida in the top spot in the nation for two consecutive years. To accommodate the overall rise in participation, industry tours were expanded and scheduled throughout the month of October, making it, for the first time, a month-long celebration. For educators the curriculum expanded to include a Manufacturing Day in Florida poster that they could use as a curriculum tool and/or to decorate their classrooms. 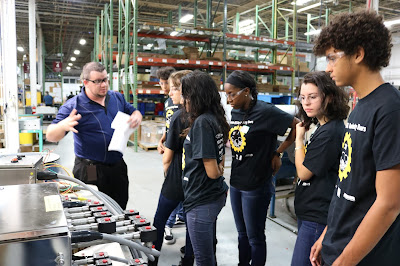 Over 4,700 students participated in manufacturing day industry tours in 2015. The number of tour hosts across the state was at an all-time high, with the number of educators/chaperons and parents participating in an industry tour doubling compared to the previous years.  The total number of stakeholder surveys (students, educators/chaperones and industry hosts) also witnessed a dramatic increase in 2015.
Noteworthy media and social moments included a retweet from Congressmen David Jolly, from the 13th District in Florida who acknowledged FLATE’s role in MFG Day/Month in the United States Senate. Then, United States Secretary of Commerce, Penny Pritzer also gave FLATE a major social kudos on Twitter with National Day Manufacturing Day organizers at the Manufacturing Institute also acknowledging FLATE’s media and social efforts. In 2017 FLATE partnered with FloridaMakes and NIST to conduct Facebook Live session to mark the official kick off of Manufacturing Day/Month. Live videos were streamed on the FLATE Facebook page outlining students/educators and industry professionals’ experience while touring a manufacturing facility.
In the years to follow, Manufacturing Day continued to garner statewide support from all quarters. Statewide manufacturers consistently rated Manufacturing Day as a valuable investment of their time and resources, while students and educators continued to rate their industry tour as a helpful mechanism to understand Florida’s high-tech jobs and careers in manufacturing. Although the overall statewide participation slightly dipped in 2016 and 2017 in part due to hurricanes barreling through the state, by 2017 additional events such as Manufacturing Expos showcasing local products,  Job Fairs interviewing local candidates, Manufacturers Awards acknowledging contributions of local manufacturers/educators, Manufacturing Fundraisers to support manufacturing education, STEM festivals at local state and community colleges became more common and were added to the glossary of events for Manufacturing Month.
2017 also marked the advent of virtual industry tours for students whereby students who could not tour a manufacturing facility had the opportunity to learn about its manufacturing operations and processes remotely and by using the FLATE Manufacturing Day curriculum. The numbers rebounded in 2018, with overall participation increasing to over 5,000 students and nearly 140 educators touring 126 industry sites in 21 counties across Florida. Manufacturing Day/Month continues to make a tremendous impact in raising awareness about manufacturers’ contributions to the state and national economy. Over the years it has served as an effective vehicle in educating the next generation about importance of manufacturing, but more importantly it has steadily helped build the much-needed pipeline of high-skilled workers for Florida’s diverse manufacturing economy.
2019 MFG Day Efforts 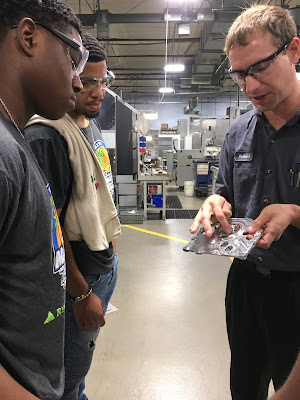 Manufacturing Day is indeed one of the banner events for manufacturers here in Florida and across the state. It has and continues to make a tremendous impact on statewide stakeholders, as it gives them an opportunity to learn not only about the products that are made in their backyard, but the technologies involved in making a product and the career pathways available to be part of a high-tech workforce. On a broader scale Manufacturing Day continues to build inroads between schools and local businesses as they look towards building sustainable partnerships. Indeed, statewide Manufacturing Day partners have contributed to expanding the scope and reach of this statewide event and are invested on many levels to make this a successful endeavor every year. FLATE would like to thank all its partners for their participation, sponsorship and involvement in Manufacturing Day efforts and for making it a grand success. We look forward to continuing this partnership and collaboration with each of our partners to position Florida as a national leader in the Manufacturing arena.
For more information on FLATE’s statewide strategy for manufacturing day/month, visit www.madeinflorida.org/manufacturing-day and the FLATE Wiki. You can also contact Dr. Marilyn Barger, Executive Director of FLATE at barger@fl-ate.org, or at 813.259.6578.
No Comments
Categories : News