From the Executive Director’s Desk: Following the NSF Money Trail 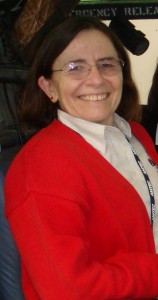 As many of you know, the National Science Foundation has funded FLATE for many years. Between
writing, implementing, and reviewing proposals for all sizes and kinds of projects, I thought there was not too much we didn’t already know about NSF. However, when NSF announced that it was “coming to town” for one of its regular grants workshops, I decided to attend. The two-day event provided an enormous amount of information presented in very interactive, intense sessions so attendees could ask a lot of questions – which we all did.   There was the expected bountiful information about ongoing and new programs in the different disciplinary directorates; the nuts and bolts about FastLane, (www.flastlane.nsf.gov) including a few ‘NEW’ nuts and bolts we needed to know and learn about; hot tips from the Inspector General’s office about how to avoid a permanent position inside a federal penitentiary; fine details about the “gold standard” NSF merit review process; and a lot of what’s new in policies and procedures.  It was fascinating to hear that a lot of what is “new” in the policy arena is driven by efforts of the federal government to have more policy and procedural consistency across its many funding agencies.

Although there was a lot to learn about what is new and what is changing that affects FLATE, I decided to slip
away to the “dark side” for one breakout session to attend the breakout session on “Award Cash Management Service (ACM$) and Financial Reporting.” Wow – it was truly amazing! I did almost leave when the presenter asked if there are any principal investigators in the room and kindly suggested that the few of us who raised our hands, might not really want to be in his session. FLATE has a good relationship with our college Grants Accounting team and thought I knew what they “did” for us, so decided to stay, despite the warning.  But, when you are talking about all of NSF and billions of dollars, my perception of us “shaking coins out of the NSF piggy bank” was only about 5% of what goes on.

The most impressive thing shared in that session (truly, it was hard to keep up with all the foreign acronyms) was that in Fall 2014, NSF had gone a cash system that was truly “real time,” or in manufacturing lingo, “just in time”.  What does this mean? It meant that NSF (and the federal government) wanted all the thousands of awardees to draw down cash in real time. It does not want to be a “bank”. Typically, colleges and universities invoice NSF on a regular basis – quarterly, monthly, etc., but daily, or weekly would have been thought to be too often. The advantage of “real time” is that NSF gets to know better what money is where. The goal is for all colleges to perpetually be in the theoretically happy state of being “owed” no money from NSF during award periods. I was thinking that it might be like a “debit” card rather than a “credit card”. You swipe it and the money is gone from NSF instantly. No more collecting invoices for a period of time, aggregating them, and then submitting a request to NSF.  The concept is a bit mind boggling for our own grant and gave me a bit of a headache thinking about a lot of grants taking money out of the NSF “bank” simultaneously, 24/7 for everything including “payroll” with all its burden to miscellaneous transactions typically done with petty cash.