STEP Awardees from Florida Lead the Way for Women in Manufacturing

Manufacturing has emerged from its grimy past and has metamorphosed into a high-tech, high-skilled role.

This shift in its trajectory has created an immense and immediate need for a skilled workforce, one that increasingly requires encompassing women as an integral part of the manufacturing workforce. “It is important have the voices of women represented in the manufacturing workforce” said Amanda Riebel, continuous improvement engineer at Hoerbiger Corporation of America in Pompano Beach Florida which is a strategic partner of FLATE and a current National Visiting Committee member organization.

Riebel along with coworkers Celeste Dowdy and Teresa Martinez were among a distinguished group of women from Florida who received the Women in Manufacturing STEP (Science, Technology, Engineering and Production) award. The award is part of an initiative led by the National Manufacturing Institute, and is targeted to honor and promote role of women in manufacturing through recognition, research and leadership. (Source: Manufacturing Institute).

Out of a total of 160 honorees nationwide, 19 women from 12 Florida based companies received the STEP Ahead awards this year. Each honoree had a story that highlighted their accomplishments and leadership roles. Outlined below are two recipients from Hoerbiger Corporation who are still reveling in their accomplishments. We will highlight STEP awardees from other companies in subsequent issues of the Focus, but for now let’s continue the celebratory tone.
Amanda Riebel’s journey into manufacturing started when she graduated with a degree in mechanical 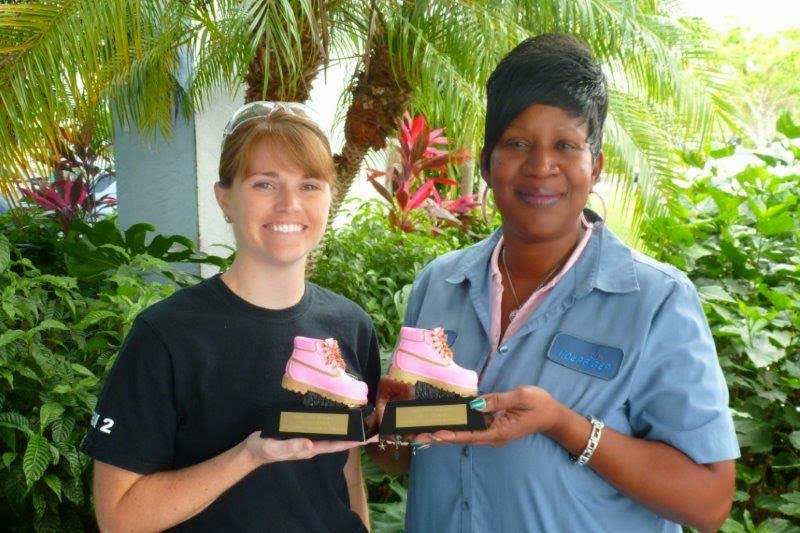 engineering and started working for a manufacturing facility in St. Joseph, MS, before moving to Florida. As a continuous improvement engineer at Hoerbiger Corporation, Amanda oversees the implementation of the 5S’s, working on improving tool life, improving efficiencies of different machines, products and processes while leading a couple of continuous improvement teams within the company.

Celeste Dowdy’s interest in manufacturing was ignited over 15 years ago when she started working with molding and injection at Hoerbiger. Currently she works as a material handler and has been doing so for the past five years. She says manufacturing offered the ideal position where she could combine her passion to work in a fast-paced environment while being able to interact with people from all rungs of the corporate ladder. Dowdy who holds a track record of nearly 100% on-time delivery also enjoys job stability that manufacturing industry offers.

The awardees’ performance was acknowledged with presidential finesse. “They laid down a pink carpet for us!” said Dowdy.  Awardees flew first class to Washington, D.C., rode in a limo from the airport to the awards ceremony, were treated to fancy dinners and met with distinguished speakers, powerful leaders/senators, and engaged in networking/skill building activities. “Manufacturing is definitely a predominantly male dominated profession, and it is a great honor to be recognized as a woman in this field” said Dowdy and Riebel.
The STEP award has been rewarding on many counts. Since the reception, Hoerbiger has partnered with 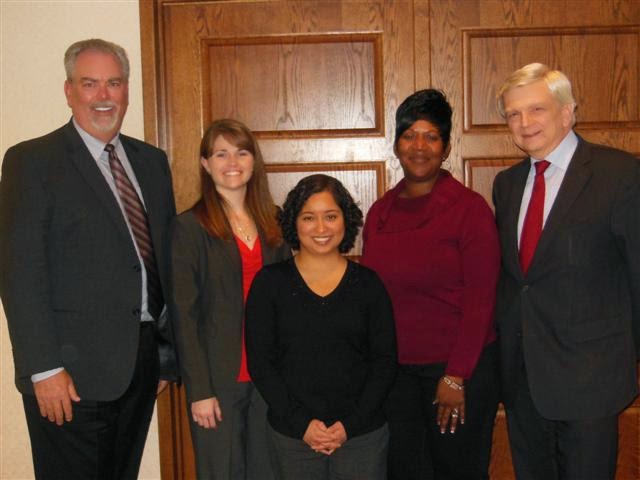 area schools to promote STEM and manufacturing particularly to women. Both Amanda and Celeste have visited Board Anderson High School and Atlantic Technical Institute to speak to 12th grader seniors about their experiences and careers in manufacturing. It has earned them respect especially among male peers, and enabled them to getting promoted, and inspired other women within the company to be nominated for the award in future. “You can do anything you put your mind to. Don’t let anybody tell you what you can’t do” said Dowdy.

You can view the full list of 2014 STEP awardees from Florida in the enclosed box below. The first recognition of 122 women included 10 from Florida. FLATE worked with industry partners across the state to get many women from Florida to get nominated for the award, said Dr. Marilyn Barger, executive director of FLATE. “FLATE adds its voice to congratulate the 160 women receiving the award this year” Barger said. Additionally as a way to promote the STEP Ahead program in Florida, FLATE wil be bringing additional stories in the upcoming editions of the FLATE Focus highlighting the experiences and accomplishments of STEP awardees from our partner companies like Mitsubishi Systems in Orlando, Conmed Linvatec in Largo and Southern Manufacturing Technologies in Tampa.

For more information on the STEP Ahead initiative and to submit a nomination for next year’s awards visit http://tinyurl.com/aq8nod3, or contact Dr. Marilyn Barger at barger@fl-ate.org, or at 813.259.6578. 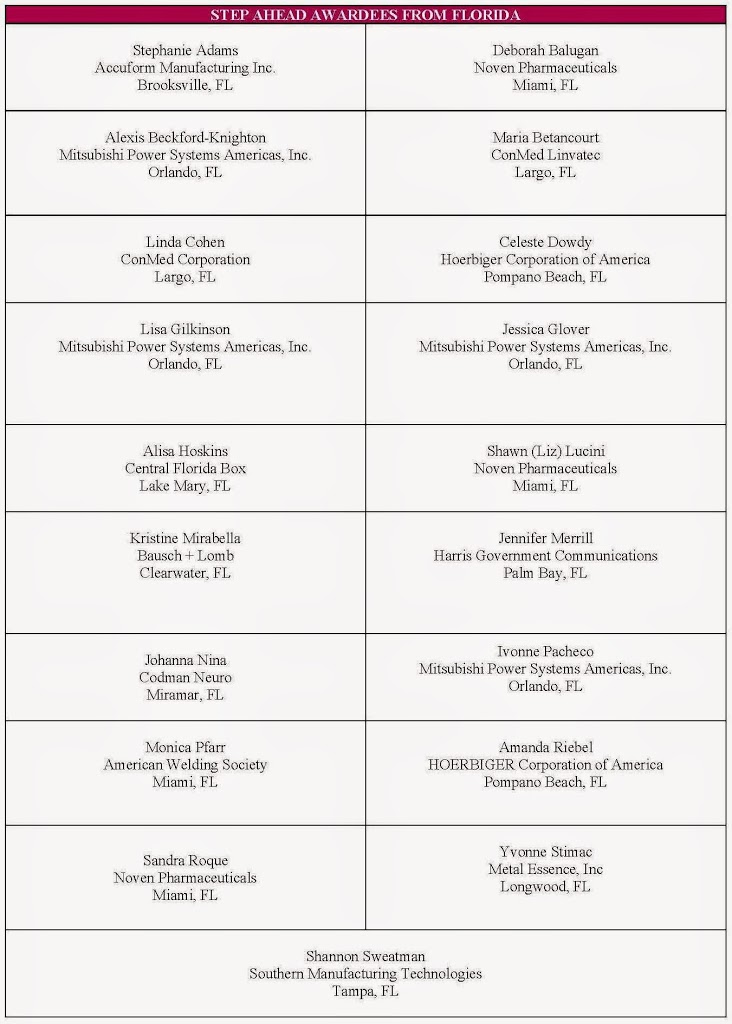