National Robotics Week in Florida was celebrated with much gusto. FLATE took a leading role in hosting a 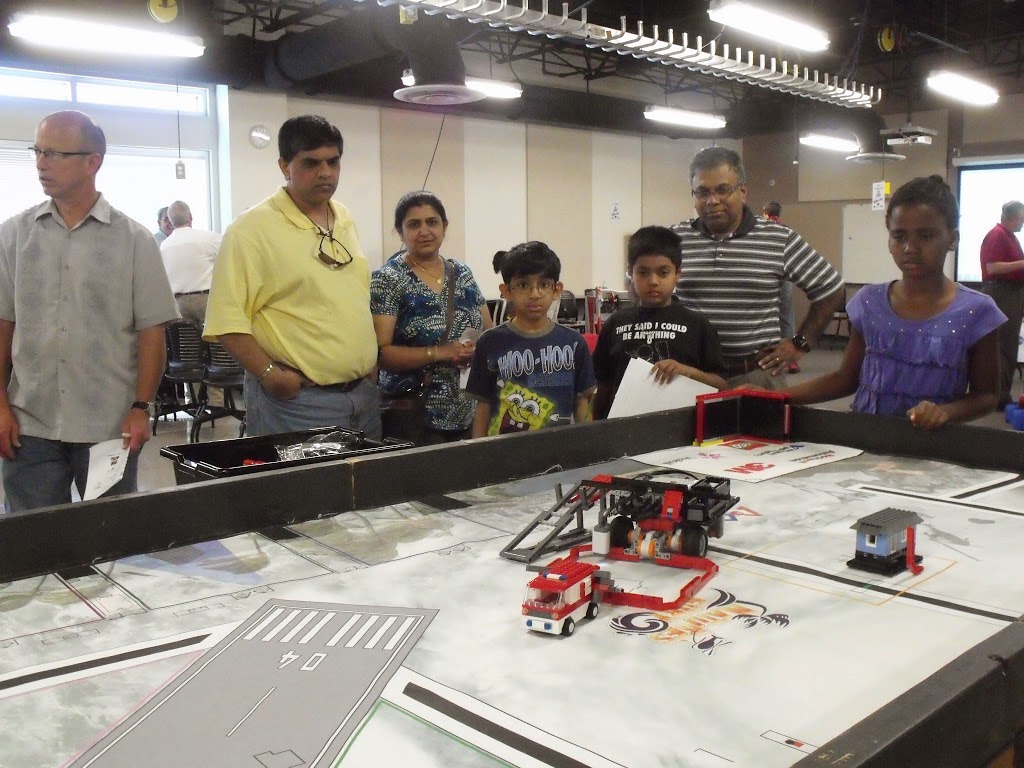 region-wide open house, inviting educators, industry leaders, students and anyone interested in robotics, to attend and celebrate national robotics week in Tampa. As part of this effort, FLATE partnered with local robotics clubs to showcase applications of robotics technology in industrial and everyday settings. “The educational component of robotics represents true project based learning, and is tied to so many other aspects of everyday life” said Amanda Peterson. She and her son, Graham Peterson were attending the open house as part of Middleton High School robotics team who were there to showcase their FRC robots to visitors.

During the open house, visitors got a close-up look at robots, how they are being used in industrial and

everyday settings, and got a first-hand look at various software used by VEX, FLL, FTC and FRC team 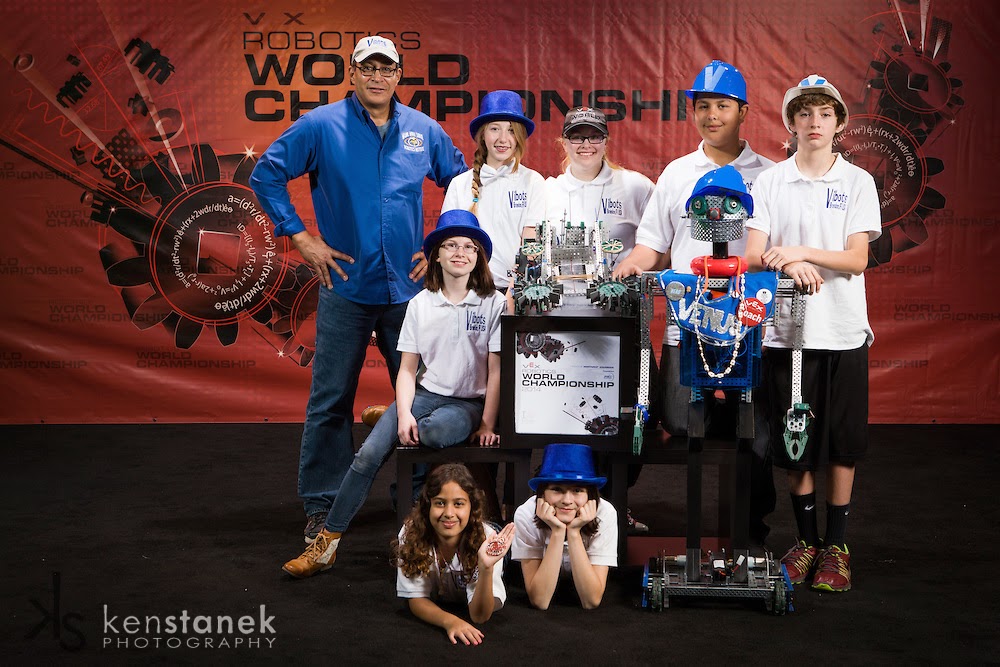 members to operate and program robots while competing at regional and national robotics competitions. The Vibots—an “All Girls” robotics team from McLane Middle School was phenomenal. “The neatest thing about robotics is that it is not gender specific” said Rachel Haselwood and Payton Libe from McLane Middle School. Their VEX robot, whom they had named Lucious, qualified for the national world VEX competition after winning the state championships. “With 10,000 elementary, middle and high school VEX teams worldwide and only 750 qualifying for world championships, McLane’s robotics team did the impossible and won the Education (STEM) Award for a second time” at the 2014 VEX World Championship, said Mike Wilson, robotics teacher at McLane Middle School. According to Wilson, the Educate Award is given to a team that has successfully integrated VEX robotics into STEM curriculum and demonstrated to the judges that VEX is not just an extra-curricular activity, but a valuable tool used to teach across many subjects in the classroom.

Graham Peterson and Daniel Brown also showcased the robot they built for the regional FIRST Robotics Competition (FRC). Graham and Daniel agree “technical skills are central to any engineering field.” They hoped their demo inspired students attending the robotics open house to develop technical as well as leadership skills, and motivate them to join local/regional robotics team. 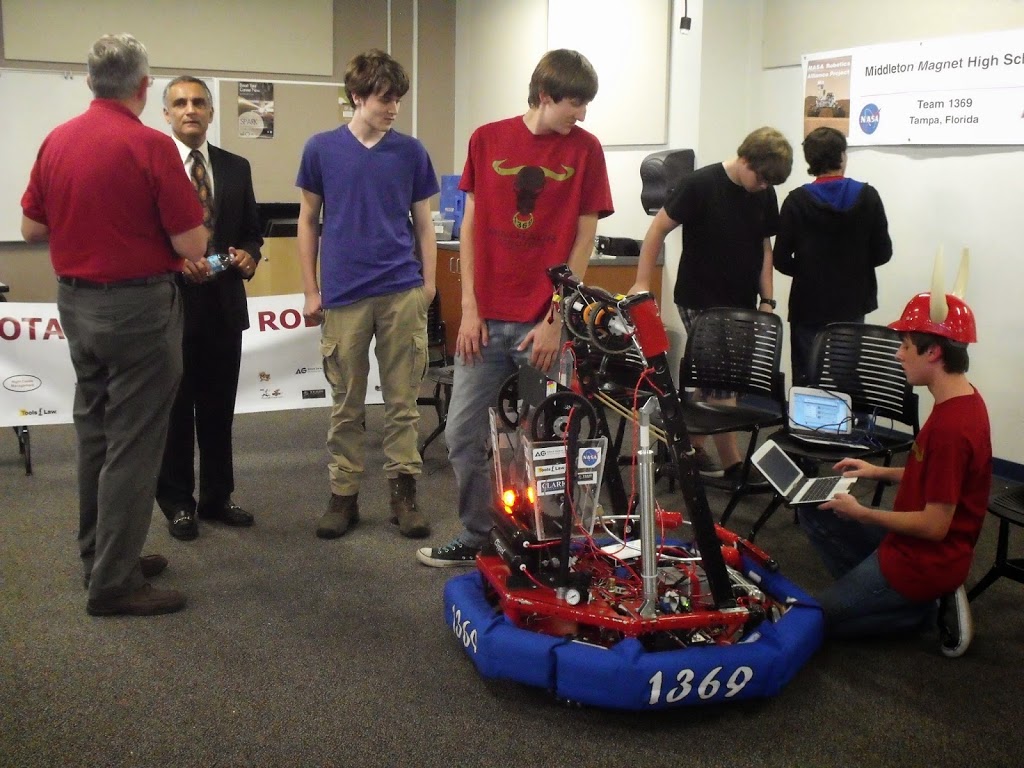 modern, high-tech manufacturing facilities. Walking through different stations, visitors worked through mini LEGO®Mindstorms®NXT challenges involving motors and ultrasonic sensors to calculate speed and distance. “The way engineering aligns with science and mathematics is very interesting and intricate” said Darrian Bagley, a student at Strawberry Crest High School in Tampa who was doing a demo on how to use motors, sensors, computing and programming to operate a robot. Bagley hopes students can “enjoy finding new ways to solve problems, or explore a variety of solutions that they can create to solve a problem.”

Indeed the robotics open house served as a platform for educators, students and their parents to recognize 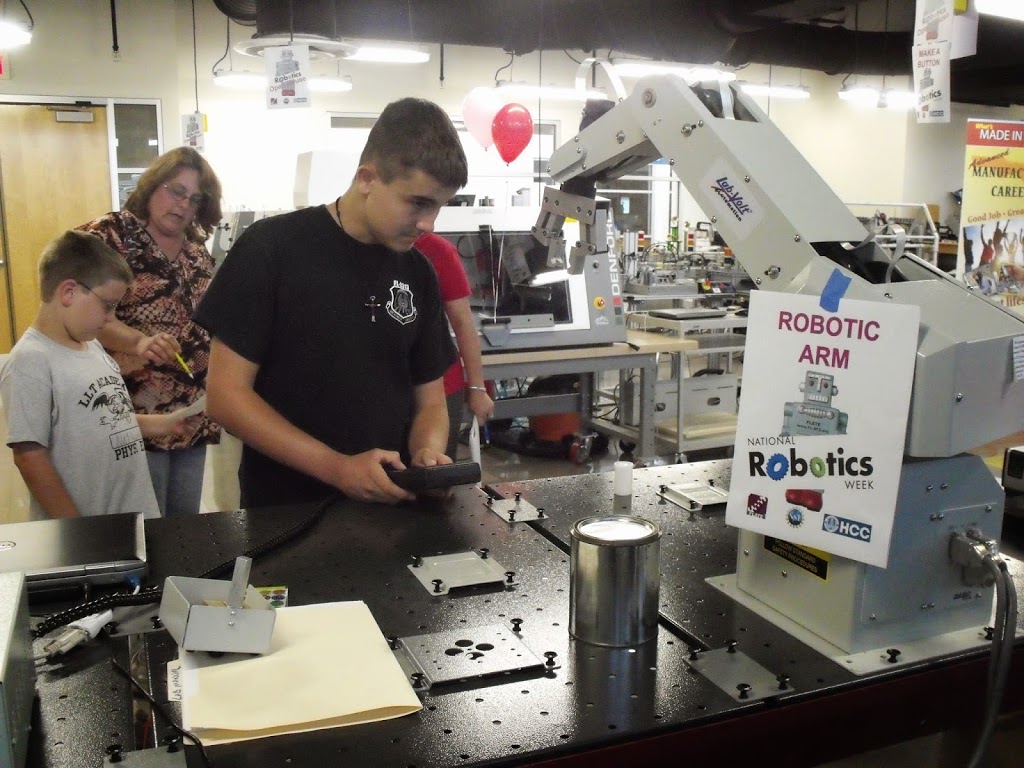 the significance of robotics, and its role in spearheading interest in STEM education. “Robotics and programming are not scary” pointed Janelle Baldwin who is a high school robotics mentor and coach at Middleton High School in Tampa. Jeanelle hopes anyone can look at robots and see their future in it. “We’re an ‘all girls’ team who are having a lot of fun while mastering knowledge about robots, STEM and attempting engineering feats that have not been seen before” Jeanelle said. To add more fun to STEM, visitors also got a tutorial on designing and making their own buttons. 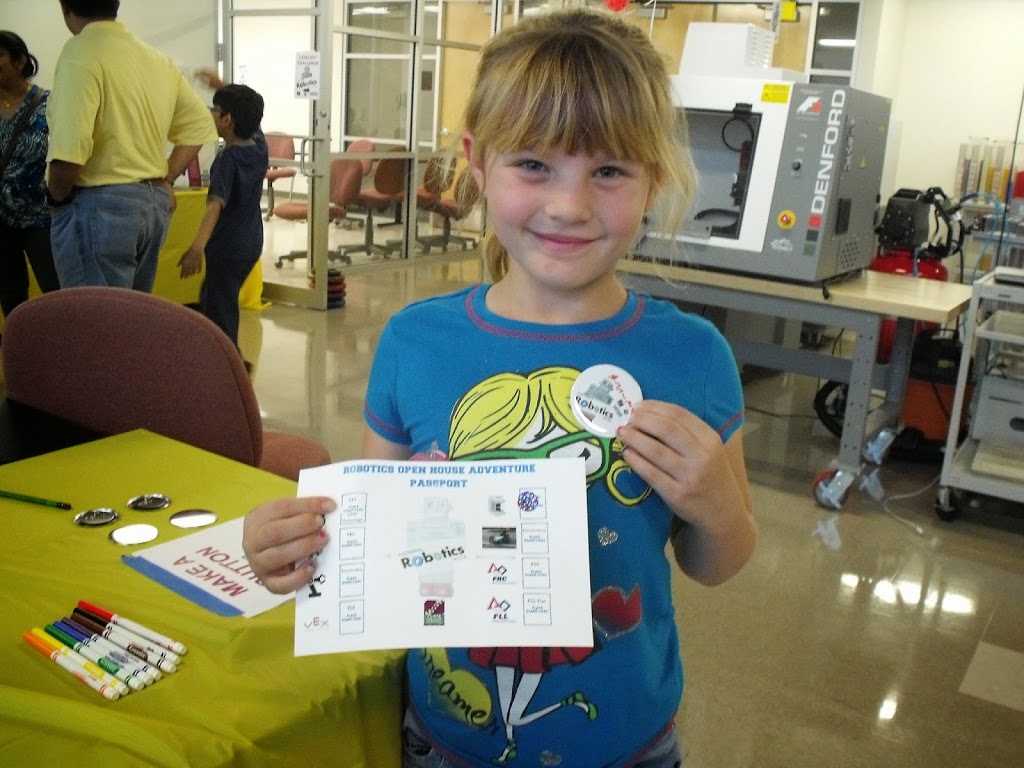 education” said Dr. Marilyn Barger, executive director of FLATE. The effort also serves as a gateway to showcase state-of-the-art high-tech equipment at FLATE’s engineering technology laboratory at HCC, and create awareness about the two year A.S. degree in engineering technology currently offered at Hillsborough Community College and 13 other state and community colleges across Florida. Through this effort “we hope to educate the public and inspire students of all ages to pursue careers in robotics and STEM” Barger said. For more information on National Robotics Day, or to enroll in one of FLATE’s all NEW and improved robotics camps visit www.madeinflorida.organd www.fl-ate.org. You can also read our blog article about upcoming camp dates, location and sign up instructions, or contact Dr. Marilyn Barger at  barger@fl-ate.org, and Desh Bagley, outreach manager for FLATE at bagley@fl-ate.org.