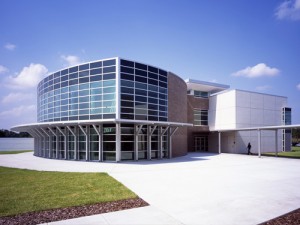 A 1-year planning grant was awarded to HCC Brandon Campus by the National Science Foundation (NSF) in April 2002. Funds were allocated to to merge existing attributes and resources within the State of Florida to produce a focused and successful proposal for a National Science Foundation Advanced Technology Education (NSF-ATE) initiated ATE Regional Center for Manufacturing. A preproposal for the Center was submitted in April 2003 and full proposal in October 2003. The proposed NSF-ATE Center would use its federal grant funds to establish a statewide organization that would create and facilitate an optimal high tech, high performance manufacturing education delivery system to develop and enhance the State’s manufacturing workforce.

FLATE was first fully funded as an NSF ATE Regional Center of Excellence in July 2004 with $2.7 million.  It was renewed for three additional years at the same funding level in 2008.  In September 2012, FLATE was awarded an unprecedented third round of full Center level funding from NSF to continue its work through 2015, which will bring the total NSF investment in manufacturing education in Florida to over $9 million since 2002.

FLATE has welcomed over 140 companies to its corporate honor roll which recognizes manufacturers who have participated with us in outreach activities (student tours, skills assessment, employee interviews, video production, faculty awards, advisory boards, etc). FLATE’s Made in Florida initiatives have taken over 2,500 students and 250 teachers on tours to over 40 manufacturing sites and responded to over 18,000 self-initiated student requests for information about careers and technical education related to manufacturing.  FLATE has also provided over 100 professional development events impacting over 3,000 educators, trainers in business and industry, and workers across Florida.  FLATE partnered with the Florida Department of Education and state and community colleges throughout Florida to develop a new model for career education related to manufacturing in Florida.

FLATE’s administrative core is a partnership between St.Petersburg College, the College of Engineering at the University of South Florida and Hillsborough Community College.  The Center is housed at Hillsborough Community College on its Brandon Campus under the leadership of Campus President, Dr. Carlos Soto. It occupies 1,500 square feet of office space and shares the laboratory resources of the manufacturing/engineering technology program.

According to Enterprise Florida, 2010, the State of Florida has the fourth largest population in the country, with an official 2009 estimate of 18.5 million persons. Florida ranks 3rd among all U.S. states in the value of its high-tech exports. In 2009, Florida exported over $13.4 billion worth of high-tech products, accounting for nearly a third of its total exports of state-originated goods. There were 24,515 high-tech firms in Florida in 2008, the 3rd highest number in the nation. With 292,257 high-tech workers in 2008, Florida led the Southeast in high-tech employment and ranked 4th nationwide. Florida’s high-tech workers earned an average wage of $68,159 in 2008 – 72% higher than the statewide average private sector wage. The Florida manufacturing sector is dominated by small manufacturers, many working in components and custom parts. In 2008, Florida was among the top ten U.S. states in electronic components manufacturing (11,874 jobs), semiconductor manufacturing (8,259 jobs), electromedical equipment manufacturing (3,540 jobs), and consumer electronics manufacturing (846 jobs). The total value of Florida-origin exports (foods grown, mined, manufactured, assembled or otherwise had value added in Florida for shipment abroad ) totaled nearly $46.9 billion in 2009.