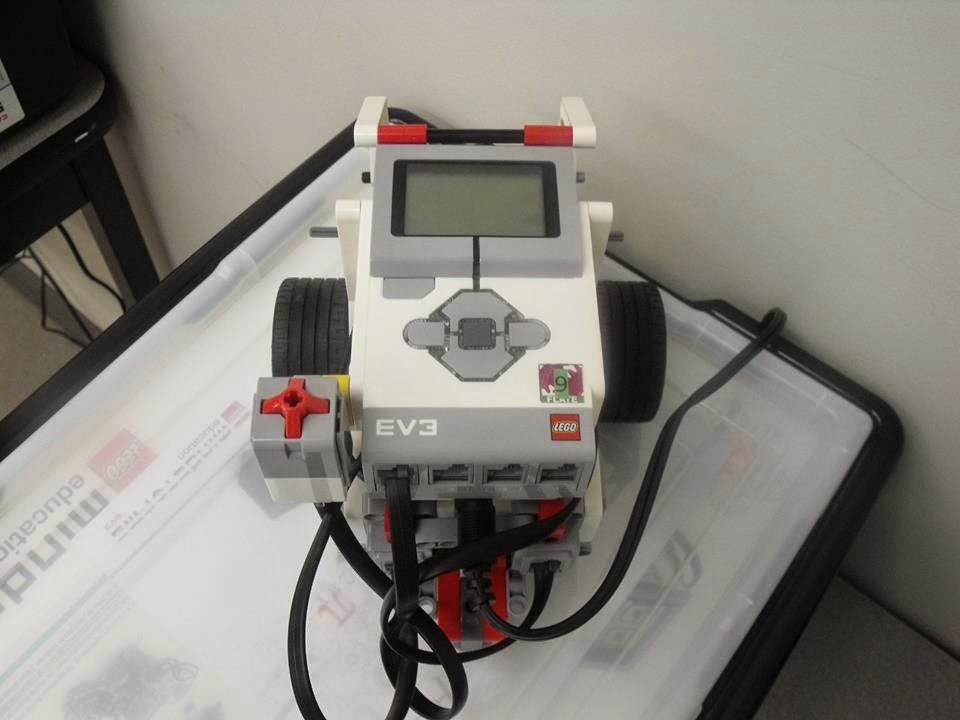 FLATE’s Robotics camp season may be officially over, but the excitement over a successful camp season keeps the momentum going and the discussion alive. An article in Wired magazine recently discussed how robots had revolutionized the workplace and examined if the future workforce was prepared to “Outsmart Robots”. In June, the White House Maker Faire, featured a number of high-tech innovations, one of which was robotics and automation. The question may not only be about outsmarting robots, but more so being able to program them to conduct tasks that humans may not want to, or be able to do.

Given the narrative underlying robots and robotics technology, FLATE has taken a leading role in offering state-of-the art robotics camps for middle and high school students. The “hook” for most was the robot itself followed by programming the robot to solve challenges that require them to integrate science, mathematics and engineering concepts using technology as a common platform. 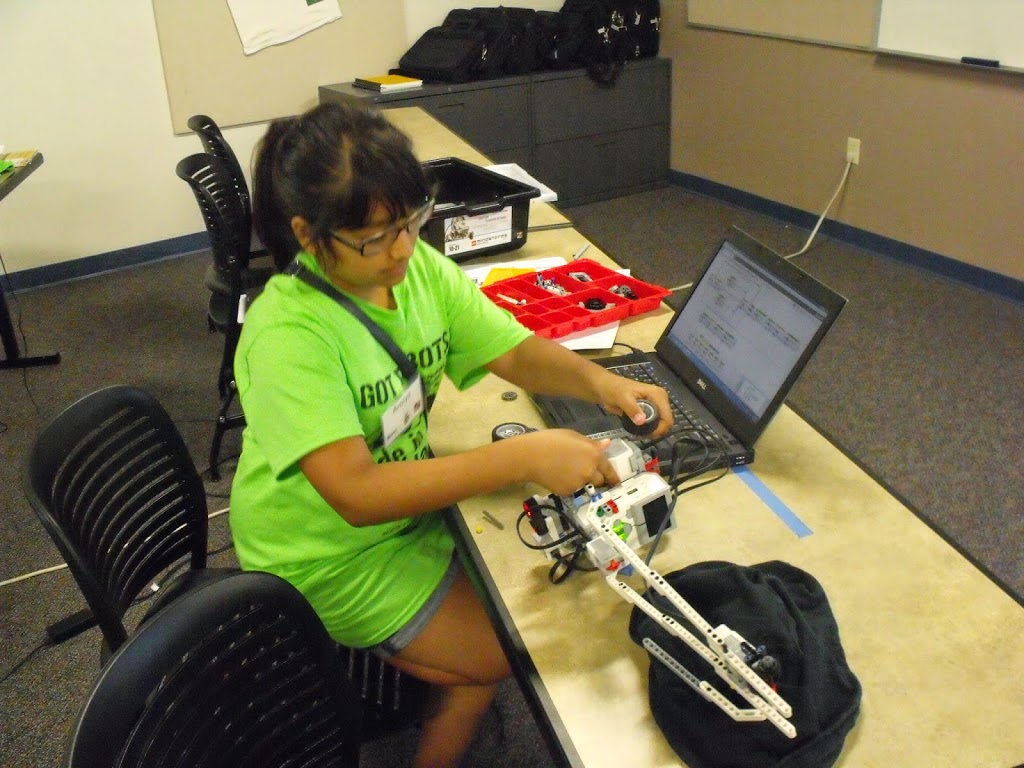 concepts using a modern manufacturing setting, and featured, for the first time, the all NEW Lego®Mindstorms® EV3 Robot system. Challenges like “rainbow dash” and “trapped” were conducted in a competitive setting and got campers to develop critical thinking skills. “I liked how you could use your imagination to program the robots” said Eryk Chazares who attended the intro camp. During the introductory and intermediate camp, campers learned how to build and program EV3 robots and program them to follow specific commands. Christopher Browy and Amiya Gupta, also repeat campers from last year, stated they liked the interface of the EV3 robots and programming better than NXTs. 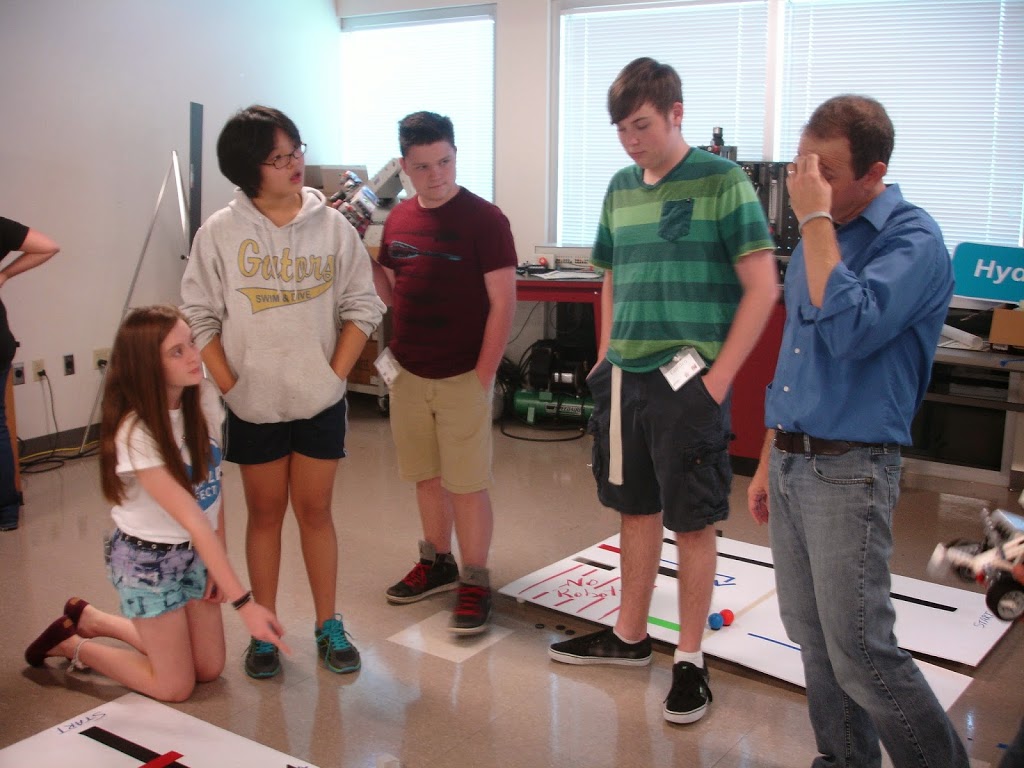 challenges through original robot design, construction and programming. They also learned about additive manufacturing and 3D printing. “I’ve done this camp from the time I was in eighth grade and every year I’ve attended the camp, I’ve loved it” said Brandon. Besides the challenges, high school campers engaged in a number of engineering projects that included programming a humanoid NAO robot and building an Arduino electronic circuit.

To get a first-hand look at how all the technologies/robots they learned about during the camp come into play in real-life settings, campers toured various local high-tech manufacturing facilities. Brennan Gill and Luca Valenti, intro campers were euphoric about their field trip to 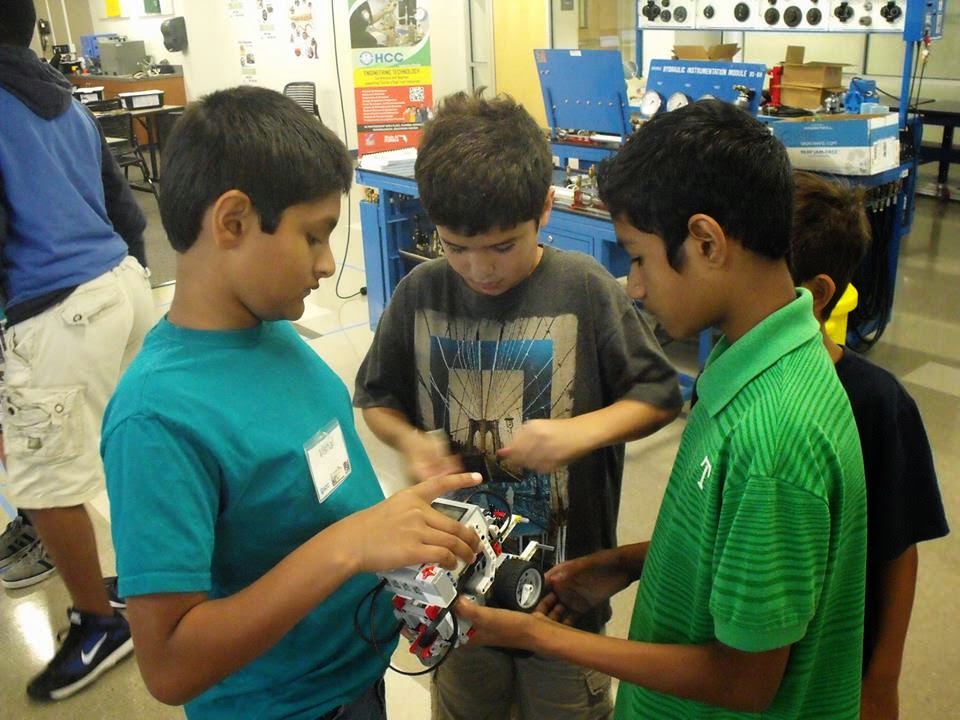 Publix Dairy manufacturing plant in Lakeland, FL. “This field trip is unlike those you take at school to the zoo” said Brennan who also attended the camp in 2013. “I got to learn all about manufacturing, robots/automation and how it is used on a massive scale to manufacture products at an immense rate.” Amiya Gupta said “the field trip to SMT was really cool. The tools reminded me of my grandfather’s wood workshop, only it had way more high-tech tools.” The high school campers were just as impressed by their field trip to Valpak in St. Petersburg, FL. “I thought it was very interesting to see the various pre-programmed robots being able to work in sync with one another” said Dylan. His friend Brandon noted Valpak’s automated packaging system as an extremely efficient—one that would rule out the possibility for human errors.

The robotics camp also got a vote of approval from campers’ parents. “This is where the world is heading and what the new world will be all about” said Kashif Khan whose daughter Aliyah attended the All Girls camp in June. Another parent, Kathy Robinson, hoped her daughter learned that “girls can do anything that boys do when it comes to engineering and mathematics if they put in the effort.”

about STEM, robotics and their applications in high-tech manufacturing settings. Not only have the number of camp offerings grown locally, it has also expanded geographically. The Institute for Human and Machine Cognition has sponsored robotics camps for 5th-8thgraders for the last three years, and hosted two camps in July modeled after FLATE’s robotics camp in Ocala, FL. 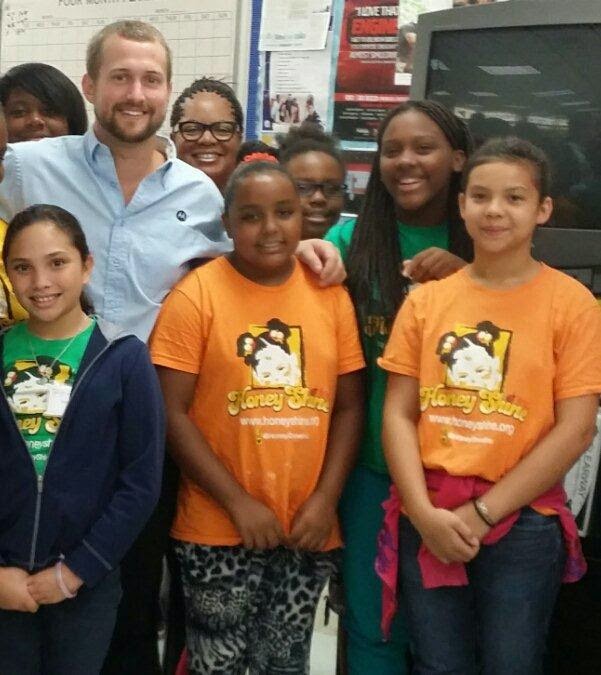 Each camp had approximately 20 students each. “Camp curriculum engaged students in many aspects of engineering from design, to building to programming and testing. Many of the kids became very excited about the prospect of engaging in a STEM career” said Dr. Gregory Cruz, national board certified teacher and Chair of science department at Vanguard High School and instructor for the camp at IHMC. Campers also got the opportunity to meet distinguished panel of speakers from IHMC who talked about exciting opportunities in computer programming and robotics. Given the success of the program Cruz hopes to continue offering camps next summer.

Fall heralds the start of robotics competition season at many high schools across the state culminating with regional, national and international competitions in the Spring. National Robotics Week also happens in Spring when FLATE opens its door with a robotics open house to introduce the community to various robots, talk to parents about camps and just have fun with robots. Stay tuned for updates about these event, or log on to our websites  www.fl-ate.org/projects/camps.html, and www.madeinflorida.org. You can also contact Desh Bagley, FLATE’s outreach manager and camp director at camps@fl-ate.org. 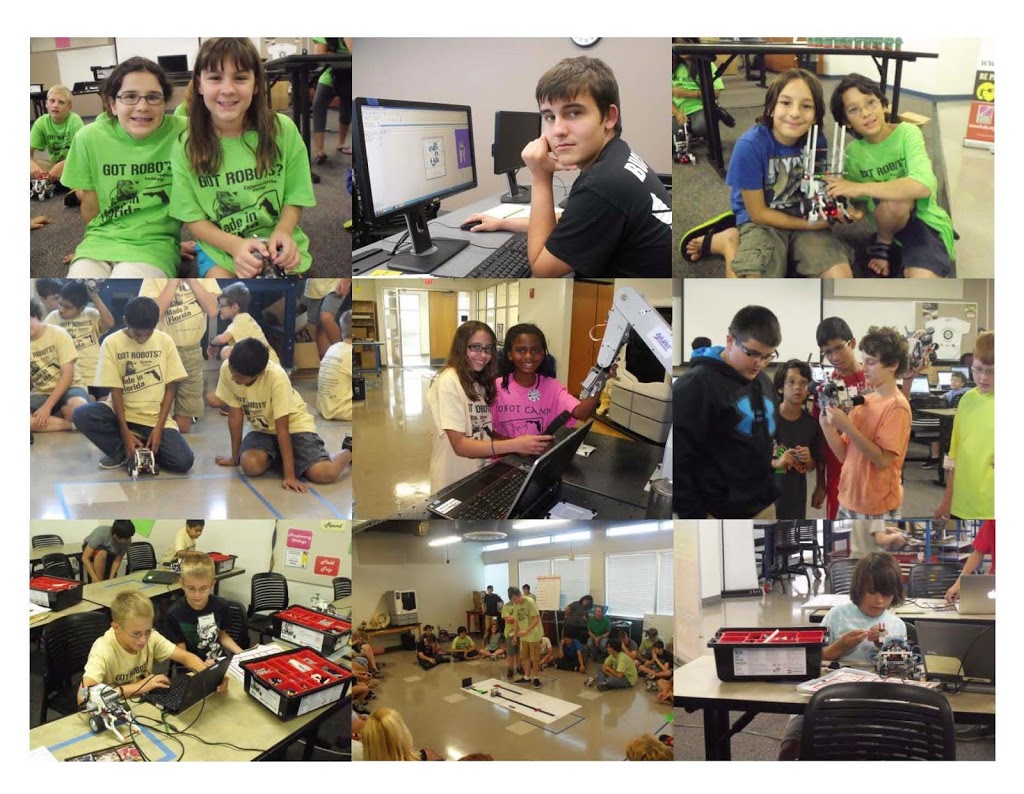