Path To Excellence in Technical Education—Is Asia’s Next Tech Tiger up for a Top Challenge? 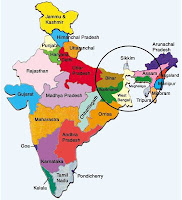 Technical Education plays a crucial role in India’s economy, and is a major booster in positioning India as one of the high-tech hot spots in the global arena. Over the past few decades India has heavily invested in improving its educational infrastructure. These changes can be traced back to the mid 19th century when the government started laying the foundation for a structured technical education system. A major overhaul in technical education took place with the appointment of the Indian Universities Commission in 1902. This was followed by the constitution of Technical Education Committee in 1943, the formation of the All India Council of Technical Education (AICTE) in 1945, the establishment of the statutory AICTE Act in 1987, and its implementation in 1988. The AICTE currently oversees the planning, formulation, maintenance, monitoring and evaluations of all technical programs throughout the country. (Source: All India Council for Technical Education).

Technical education has, indeed, always been the bedrock of Indian economy. Technical Education is divided into three levels: industrial training institutes that offer trade courses for skilled workers; polytechnic institutes that offer diplomas for mid-level technicians; and engineering colleges that conduct undergraduate and post graduate studies in engineering and technology. Of late, with an increase in government expenditure and emphasis in technical education programs, private engineering institutions are also playing an integral role in meeting regional technician training and workforce needs.

According to a study conducted by Naresh Kumar at the National Institute of Science, Technology and Development Studies (NISTADS) there are currently 7,361 degree providing institutions that offer 10,364 programmes with an intake capacity of 1,954,482 students. The study also revealed that India has the highest number of engineers per million persons among emerging economies, with demand for technical professionals at an all-time high. The basic framework consists of federally funded institutions, state-funded institutions and self-financed institutions. Then too, the engineering and technical infrastructure is not uniform. In that “it is more skewed towards south central, south and north west regions of the country.” The states of Andhra Pradesh, Tamil Nadu, Uttar Pradesh and Maharashtra have the largest number of technical institutions, while the north east states have least number of technical institutions. (Source: NISTADS).

Kumar notes that over the past few years “India has registered a substantial performance in technical education” and measures are being taken to “improve the quality of technical education by greater use of technology in teaching-learning processes.”These are not blanket measures. They are being implemented on a state-by-state basis, and are targeted to ensure maximum return on investments. 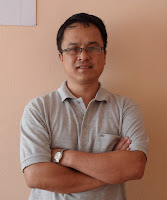 The situation is similar in the neighboring state of Sikkim. In that unlike earlier years where civil, mechanical, or electrical engineers were treated exclusive of each other and operated in separate silos, engineering education has witnessed a greater level of integration both regionally as well as nationally. Ruben Phipon, associate professor at the department of mechanical engineering at Sikkim Manipal Institute of Technology (SMIT) attributes this change primarily to the computer revolution. Phipon believes “computers have enabled greater degree of flexibility in terms of transferability of skills/knowledge” from one field to another.

Curriculum is not the only factor that has experienced changes and growth. There has been a major expansion in degree level engineering and technology education. In that, in 1947 there were only three engineering colleges in the state of West Bengal that could accommodate a maximum of 320 students. That number grew to 12 colleges with an increase in maximum capacity from 320 to 1452 students. Today the number of engineering and technology colleges has multiplied six times, with total intake capacity of more than 20,000 students reported between 2008-2009. All colleges in the state are AICTE approved and affiliated to West Bengal University of Technology which is the governing body ensuring “uniformity in academic curriculum, up-gradation and excellence in all technical arenas.” (Source: West Bengal Department of Higher Education).

Indeed engineering and technical education has been a driving force in most economic spheres in India. Then too, technical and engineering education is undergoing a major metamorphosis. At the higher secondary as well as post-secondary education levels much is being debated about the quality, or the maintenance of high standards of engineering education, and its competitiveness in a global arena. Like many educators in the region and around the country, Phipon believes there is a need for a major overhaul in the curricula at the high school level. In terms of S & E related subjects, Phipon says, there is a lot of mathematics and numbers at the high school and two-year college level which tends to threaten students who are not naturally numerically inclined. The curriculum also tends to emphasize theories and theorms which “bore students.” 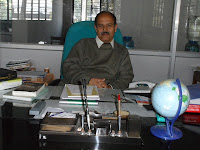 Dr. Rajendra Prasad Dhakal, principal of Kalimpong College in the state of West Bengal echoes Phipon’s sentiments. “If you look at the Indian educational system, the curriculum framework is not hands-on” says Dhakal. Even at the bachelors of Science level, the curriculum does not prepare students to become technically inclined. Subjects like physics, chemistry, and mathematics are too academically oriented with little to no exposure to practical applications of these subjects/concepts. To that end both Dhakal and Phipon believe “it would be helpful if students were allowed to engage in more experiential based learning at an earlier stage” rather than be engaged in a mere theory based form of education.

Besides a lack of hands-on education, major contentious issues include centralization and lack of autonomy vested to individual colleges, and accountability of statutory bodies like the University Grants Commission and even AICTE. Lack of proper infrastructure combined with a lack of common consensus in reforming curricula to ensure technological competitiveness, limited access and regional disparity are emerging as areas for concern in streamlining engineering education. Other areas of contention revolve around the need for establishing creditable national standards in the assessment and certification of skills and competencies, and a general need to obtain industry based training and experience for partial credit towards completion of degrees. (Source: NISTADS).

As of today, India clearly stands at the crossroads of a demand driven need for a high-tech, high-skilled workforce that is ready to perform at optimum levels in a global economy. To that end, both state and central governments have invested in qualitative as well as quantitative improvements in higher education, and have started the process of expansion to cater to the growing demands for technical brainpower both within and outside the country. If government, as well as the upper, mid and lower echelons of academia can find a meeting point, India might very well assume the title of Asia’s next tech tiger.